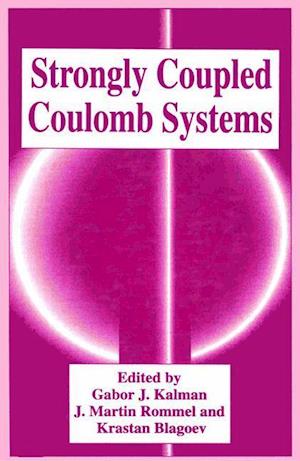 The International Conference on Strongly Coupled Coulomb Systems was held on the campus of Boston College in Newton, Massachusetts, August 3-10, 1997. Although this conference was the first under a new name, it was the continuation of a series of international meetings on strongly coupled plasmas and other Coulomb systems that started with the NATO Summer Institute on Strongly Coupled Plasmas, almost exactly twenty years prior to this conference, in July of 1977 in Orleans la Source, France. Over the intervening period the field of strongly coupled plasmas has developed vigorously. In the 1977 meeting the emphasis was on computer (Monte Carlo and molecular dynamics) simulations which provided, for the first time, insight into the rich and new physics of strongly coupled fully ionizedplasmas. While theorists scrambled to provide a theoretical underpinning for these results, there was also a dearth of real experimental input to reinforce the computer simulations. Over the past few years this situation has changed drastically and a variety of direct experiments on classical, pure, strongly correlated plasma systems (charged particle traps, dusty plasmas, electrons on the surface of liquid helium, etc. ) have become available. Even more importantly, entire new area of experimental interest in condensed matter physics have opened up through developments in nano-technology and the fabrication of low-dimensional systems, where the physical behavior, in many ways, is similar to that in classical plasmas. Strongly coupled plasma physics has always been an interdisciplinaryactivity.