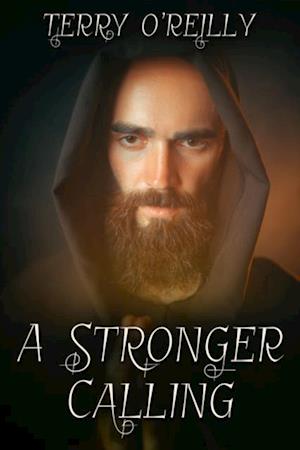 William Neilsen grew up on a farm next to The Abbey of the Falls. When his parents died in a tragic car accident while he was a teenager, the abbot agreed to offer a home to William, in exchange for him taking care of the farm, the produce from which fed the monks. The excess was to be sold in the abbey store and cheese and wine shop. William was happy living at the abbey. However, he never felt a religious calling to become a monk and the abbot never pressured him to do so.Although he loves working in the fields and with the animals, it becomes too much for William to do alone. William asks the abbot for help and his request is answered when a young man, Samuel Drake, joins the abbey. William is confused both by his feelings for Samuel and Samuel's open and flirtatious behavior towards him. Samuel isn't like any postulant William has ever known, but he doesn't feel comfortable quizzing the young man about the nature of his calling to become a monk.William's discomfort and guilt intensify as his relationship with Samuel becomes more emotional and then physical. Although William hasn't taken a vow of chastity, that is Samuel's eventual goal. Or is it? Do William and Samuel have a stronger calling?