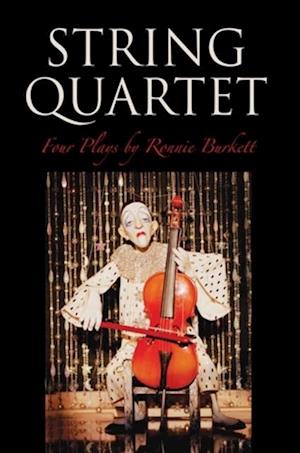 A collection of four plays by internationally renowned puppeteer Ronnie Burkett. This anthology includes the three plays of the Memory Dress Trilogy: Tinka's New Dress, Street of Blood, and Happy, as well as Provenance.Tinka's New DressTwo old friends become puppeteers, each performing with the same beloved folk characters, Franz and Schnitzel. Fipsi, ambitious and naive, aligns herself with the rule government, the Common Good. Carl, headstrong and outspoken, is forced underground as his satirical shows parody the censorship and oppression of the Common Good. Based on the illegal puppet shows staged in Nazi-occupied Czechoslovakia,Tinka's New Dressexamines propaganda versus truth, compliance versus censorship, and the collective society versus the individual.Street of BloodWhen Mrs. Edna Rural pricks her finger and bleeds onto her sewing he sees the face of Christ in a quilt square. As the media and the faithful converge on her sleepy prairie town, a has-been Hollywood vampire seeking rejuvenation and a karaoke-singing gay terrorist intent on revenge join the fray. And just as the bloodbath begins, the man in the quilt appears in the flesh to the odd trio, revealing that the bonds of blood are thicker and stranger than their individual thirsts led them to believe.HappyHappy, a cheerful veteran, homespun philosopher, and pensioner, wanders through episodes of grief in the lives of his fellow rooming-house tenants. Alongside Happy is Antoine Marionette, the emcee of the Grey Cabaret, who introduces arch presentations of sadness in song, pantomime, and burlesque that mirror and parody the stages of grief experienced by each character.ProvenancePity Beane, a young art academic, travels to Europe to trace the provenance of the subject of her obsession, a painting of a young man known simply as Tender. What she finds is so much more than she had ever imagined. In a broth run by an aging madam, the twentieth-century art scene is played out from Paris, London, and Vienna in an unrivalled exploration of beauty: our obsession with it, our fantasies about it, our addiction to it, and our ownership of it.