- Women, the City and Modernity 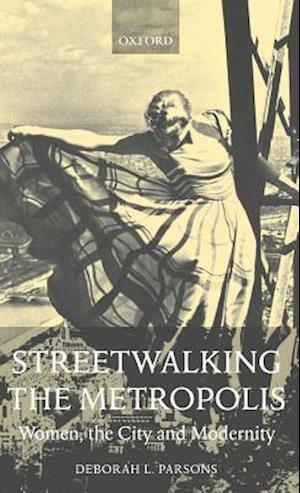 Can there be a flaneuse, and what form might she take? This is the central question of Streetwalking the Metropolis, an important contribution to ongoing debates on the city and modernity in which Deborah Parsons re-draws the gendered map of urban modernism. Assessing the cultural and literary history of the concept of the flaneur, the urban observer/writer traditionally gendered as masculine, the author advances critical space for thediscussion of a female 'flaneuse', focused around a range of women writers from the 1880's to World War Two. Cutting across period boundaries, this wide-ranging study offers stimulating accounts of works by writers including Amy Levy, Dorothy Richardson, Virginia Woolf, Rosamund Lehmann, Jean Rhys, Janet Flanner, Djuna Barnes,Anais Nin, Elizabeth Bowen and Doris Lessing, highlighting women's changing relationship with the social and psychic spaces of the city, and drawing attention to the ways in which the perceptions and experiences of the street are translated into the dynamics of literary texts.