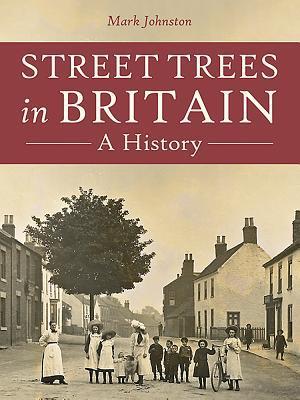 The trees which line many of the streets in our towns and cities can often be regarded as part of a heritage landscape. Despite the difficult conditions of an urban environment, these trees may live for 100 years or more and represent 'living history' in the midst of our modern streetscapes. This is the first book on the history of Britain's street trees and it gives a highly readable, authoritative and often amusing account of their story, from the tree-lined promenades of the seventeenth century to the majestic boulevards that grace some of our modern city centres. The impact of the Victorian street tree movement is examined, not only in the major cities but also in the rapidly developing suburbs that continued to expand through the twentieth century. There are fascinating descriptions of how street trees have helped to improve urban conditions in spa towns and seaside resorts and also in visionary initiatives such as the model villages, garden cities, garden suburbs and new towns. While much of the book focuses on the social and cultural history of our street trees, the last three chapters look at the practicalities of how these trees have been engineered into concrete landscapes. This includes the many threats to street trees over the years, such as pollution, conflict with urban infrastructure, pests and diseases and what is probably the greatest threat in recent times - the dramatic growth in car ownership. Street Trees in Britain will have particular appeal to those interested in heritage landscapes, urban history and the natural and built environment. Some of its themes were introduced in the author's previous work, the widely acclaimed Trees in Towns and Cities: A History of British Urban Arboriculture.

Forfattere
Bibliotekernes beskrivelse The trees that line our streets represent 'living history' in the midst of our modern streetscapes. This is the first book on the history of Britain's street trees and it gives a highly readable account of their story, from the tree-lined promenades of the seventeenth century to majestic city centre boulevards to the suburbs. 98