Strategy For Terminating A Nuclear War 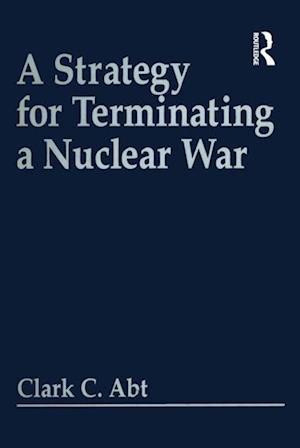 Avoiding a nuclear war, or ending one if avoidance fails, is an important but relatively unexplored aspect of nuclear doctrine. Dr. Abt examines the feasibility of antagonists' agreeing to exclude their open cities from nuclear targeting and to replace strategic bombardment with retaliatory invasion to create less of a hair[1]trigger deterrent. Critical net assessments by U.S. strategists and the effects of such a strategy on the Soviet Union and on U.S. allies are considered, along with problems implementation might pose. The author contends that both deterrence and the potential for limiting damage are strengthened by pre-war plans for a nuclear ceasefire and stalemate short of holocaust.