Strategy and Dynamics in Contests 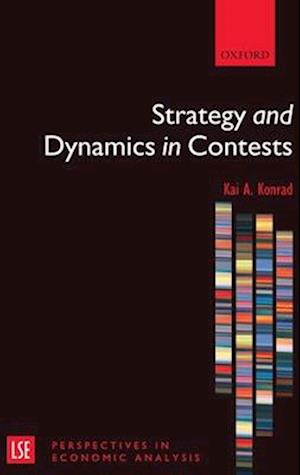 This book describes the theory structure underlying contests, in which players expend effort and/or spend money in trying to get ahead of one another. Uniquely, this effort is sunk and cannot be recovered, regardless of whether a player wins or loses in the competition. Such interactions include diverse phenomena such as marketing and advertising by firms, litigation, relative reward schemes in firms, political competition, patent races, sports, military combat, war and civil war. These have been studied in the field of contest theory both within these specific contexts and at a higher level of abstraction. The purpose of this book is to describe the fundamental common properties of these types of interactions and to uncover some common properties or laws that govern them. The book begins by describing the properties of static contests and tournaments. Aspects such as timing, entry, sabotage and delegation are added and contest design issues such as the admission or exclusion of players and the structure of prizes are discussed. Further, structures are analysed in which players interact repeatedly in the same or different contest environments.Examples are inter-group conflict followed by intra-group rivalry, elimination tournaments and other dynamic contest structures.

Forfattere
Bibliotekernes beskrivelse The theory of contests looks at a number of competitions, from advertising to sports to war, in which any energy expended or money spent by the participants is unrecoverable regardless of the outcome. This book provides an introduction to the contest theory literature and describes the common properties and laws that govern these contests.