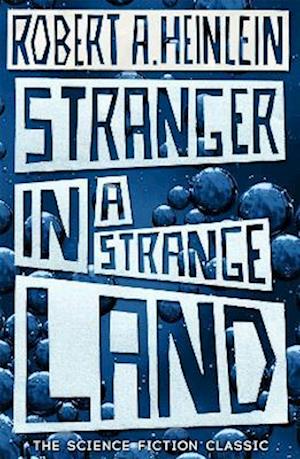 The original uncut edition of STRANGER IN A STRANGE LAND by Hugo Award winner Robert A Heinlein - one of the most beloved, celebrated science-fiction novels of all time. Epic, ambitious and entertaining, STRANGER IN A STRANGE LAND caused controversy and uproar when it was first published and is still topical and challenging today. Twenty-five years ago, the first manned mission to Mars was lost, and all hands presumed dead. But someone survived... Born on the doomed spaceship and raised by the Martians who saved his life, Valentine Michael Smith has never seen a human being until the day a second expedition to Mars discovers him. Upon his return to Earth, a young nurse named Jill Boardman sneaks into Smith's hospital room and shares a glass of water with him, a simple act for her but a sacred ritual on Mars. Now, connected by an incredible bond, Smith, Jill and a writer named Jubal must fight to protect a right we all take for granted: the right to love.