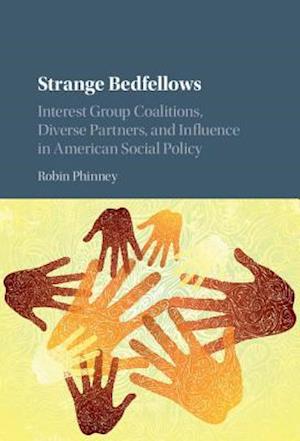 How do advocates for the poor gain influence in American policymaking? Strange Bedfellows argues that groups representing low-income populations compensate for a lack of resources by collaborating with diverse partners in their lobbying efforts. This study develops a theory of coalition influence that explains the mechanisms and conditions of coalition formation and influence, and provides support for the theory through an analysis of one of the most significant social policy changes in recent history. The analysis shows that in the years preceding the federal welfare reform of 1996, advocates collaborated with diverse partners to influence policymaking, coalitions were used as a tool for pooling different types of resources and communicating information, and groups collaborated selectively across issues. Through rigorous theory and rich qualitative analysis, Strange Bedfellows sheds new light on lobbying and influence in policymaking while offering a theoretical framework for understanding the broader role of coalitions in American politics.