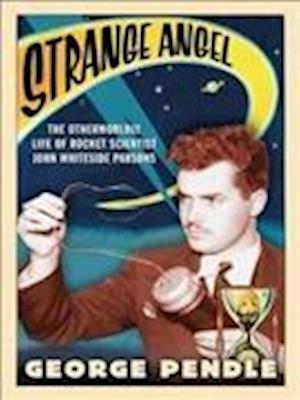 The weird and wonderful life of John Whiteside Parsons - a pioneering rocket scientist who also delved into the occultBRILLIANT ROCKET SCIENTIST KILLED IN EXPLOSION screamed the front-page headline of the Los Angeles Times on 18 June 1952. John Parsons, a maverick rocketeer whose work had helped transform the rocket from a derided sci-fi plotline into a reality, was at first mourned as a tragically young victim of mishandled chemicals. But as reporters dug deeper a shocking story emerged. Parsons had been performing occult rites and summoning spirits as a follower of Alesteir Crowley.George Pendle tells Parsons' extraordinary life story for the first time. Fuelled from childhood by dreams of space flight, Parsons was a crucial innovator during rocketry's birth. But his visionary imagination also led him into the occult community thriving in 1930s Los Angeles, and when fantasy's pull became stronger than reality, he lost both his work and his wife. Parsons was just emerging from his personal underworld when he died - aged thirty-seven. In Strange Angel, Pendle recovers a fascinating life and explores the unruly consequences of genius.