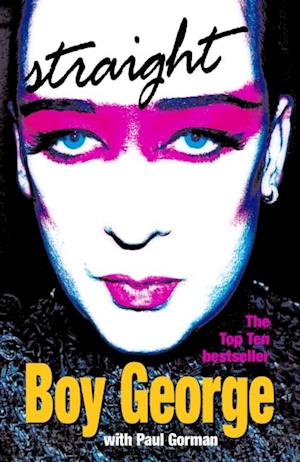 From his days as a club face alongside Philip Sallon, Marilyn and Steve Strange, through the years of global pop superstardom with Culture Club, his rebirth as a world-class DJ, as a leading light of musical theatre with the award-winning Taboo, a cutting edge photographer and a confrontational and acclaimed fashion designer, one of the many things you can say about George is: he's never stood still.It's been one hell of a trip. A decade and a half ago, George was coming to terms with the fall-out from serious drug addiction, the failure of his relationship with Jon Moss and the collapse of Culture Club.For lesser men this would have been the end but for George it became the start of a period of remarkable reinvention.Told with George's trademark biting wit, brutal honesty and sparkling insight, this book reveals the whole story, reappraising his rise to stardom and all the madness that followed.He talks about his solo singing career, his initiation into the dance music scene, and his role as the driving force behind theatrical sensation Taboo.George also discusses the achievement of the apparently impossible task of reuniting the famously fractious Culture Club.It is only now, many years on from the glittering, glossy Eighties, that George makes an insightful and often hilarious assessment of the impact of that extraordinary era.