Storm Over the Constitution 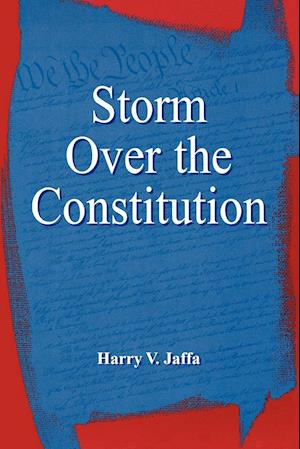 Written by one of America's foremost political and legal theorists, Storm Over the Constitution examines the arguments of some of the leading proponents of the doctrine of 'original intent.' According to legal scholars such as Judge Robert Bork, Lino Gralia, Charles Cooper, and Supreme Court Justice Antonin Scalia, a jurisprudence of original intent requires that judges bring no theory to the interpretation of the Constitution. In this brilliant new book, Harry Jaffa illustrates how judges under the influence of this definition of 'original' intent particularly neglect the Declaration of Independence as a guide. Jaffa shows that this definition is, from the point of view of the American Founding, anything but original; moreover, it is openly hostile to the natural-rights theory of those who wrote and ratified the Constitution. The author implores Americans to follow the example set by Abraham Lincoln, who admired the Declaration of Independence more openly, interpreted it more deeply, and implemented it more practically than any other president before or since. Lincoln's achievement fulfilled a tradition of civic understanding and scholarship closer in time and purpose to the founders, and was thus more 'original.'