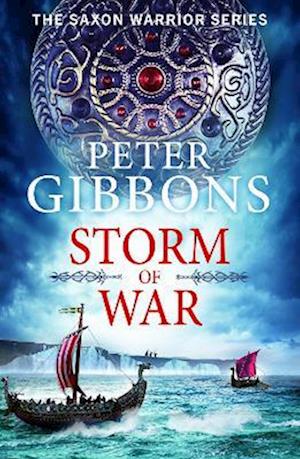 The fight for a torn Kingdom rests in the hands of a few brave men...990AD. King Aethelred II, who men will one day call The Unready, rules over a land divided by the shadowy spin of his mother Queen lfthryth and the sprawling power of the Church. The Viking Warlord, Olaf Tryggvason smelling the Kingdoms weakness brings the vicious Jomsvikings to the Saxon coastline ravenous for war and plunder. Together Lord Byrthnoth, Ealdorman of the East Saxons and Beornoth his Saxon Thegn lead a force of oath sworn Viking killers, every bit as brutal and war-skilled as the Norse invaders to protect the Kingdom against enemies both from within, and from the cruel seas. They are pushed to the very limits of their bravery and endurance in a desperate fight for the very existence of the Saxon Kingdom. In a riveting story of trachery, betrayal, vengeance and war, can Beornoth defeat his enemies and protect the Kingdom from destruction? Storm of War continues the unmissable Viking historical fiction saga series which began with Peter Gibbons' Warrior & Protector.