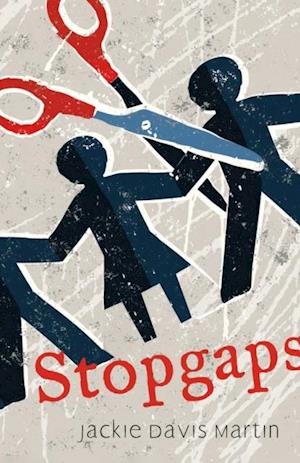 Dana and Daniel meet in a bar in late 1982. Dana is 40, teaches high school English, coaches dance and drama; Daniel is 33, has a high-powered job involving resort planning, travels a lot. But, from that first meeting where they off-handedly quip about Hamlet, to the evening's continuation into dinner, the two have a physical and intellectual connection. Dana, recently spurned by Frank, whom she's in love with, sees Daniel as a temporary stopgap for Frank. Daniel, although he pursues Dana, doesn't seem to want commitment either. Together they create a situation of suspicion and tension in their very real attraction to one another. Add to that the pressures of Dana's mother to settle down. When Frank summons her back, months later, Dana is torn between the two men until Daniel's absence allows her to make Frank his stopgap. Ultimately, Dana has to figure out what she wants and why. Set in New Jersey and Pennsylvania, Stopgaps explores an era where women did not initiate dates, sex was without consequence, and cell phones had not been invented.