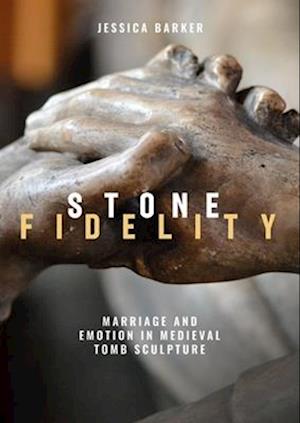 2022 Historians of British Art Book Award for Exemplary Scholarship on the Period before 16002021 International Center of Medieval Art Annual Book PrizeMedieval tombs often depict husband and wife lying side-by-side, and hand in hand, immortalised in elegantly carved stone: what Philip Larkin's poem An Arundel Tomb later described as their "stone fidelity". This first full account of the "double tomb" places its rich tradition into dialogue with powerful discourses of gender, marriage, politics and emotion during the Middle Ages. As well as offering new interpretations of some of the most famous medieval tombs, such as those found in Westminster Abbey and Canterbury Cathedral, it draws attention to a host of lesser-known memorials from throughout Europe, providing an innovative vantage point from which to reconsider the material culture of medieval marriage. Setting these twin effigies alongside wedding rings and dresses as the agents of matrimonial ritual and embodied symbolism, the author presents the "double tomb" as far more than mere romantic sentiment. Rather, it reveals the careful artifice beneath their seductive emotional surfaces: the artistic, religious, political and legal agendas underlying the medieval rhetoric of married love.Published with the generous financial assistance of the Henry Moore Foundation.