- A Story 65 Million Years in the Making 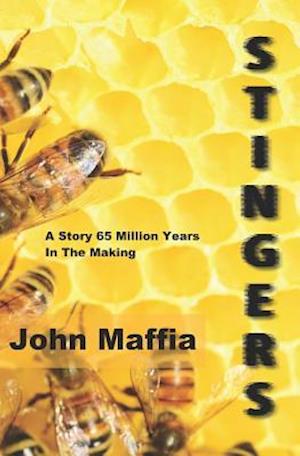 If you were to ask Dr. Gene Feldman why he wasn't working, he would tell you he was on a sabbatical. In reality, he was suspended from the Emergency Department because someone died while in his care. When he discovers that his patient was one of many who recently succumbed to killer bee stings, it could turn out to be his salvation. As he begins a study in an attempt to clear his name, deaths from bee stings continue to increase. During his investigation, Gene teams up with entomologist Dr. Lucy Benton, where together they discover that these bees-far from ordinary-seem to demonstrate extreme intelligence. What's worse, the authorities have located over a dozen massive hives along the east coast, and it appears the bees are getting ready for an assault. Now, along with the Army and National Guard, Lucy and Gene formulate a plan to destroy all the hives in one coordinated attack. And they have to do it before the bees realize what is about to happen to them.