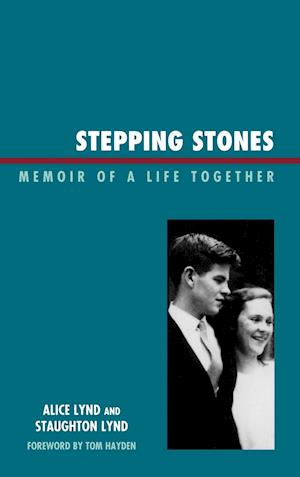 Stepping Stones is a joint memoir by two longtime participants in movements for social change in the United States. Staughton and Alice Lynd have worked for racial equality, against war, with workers and prisoners, and against the death penalty. Coming from similar ethical backgrounds but with very different personalities, the Lynds spent three years in an intentional community in Northeast Georgia during the 1950s. There they experienced a way of living that they later sought to carry into the larger society. Both were educated to be teachers-Staughton as a professor of history and Alice as a teacher of preschool children. But both sought to address the social problems of their times through more than their professions. After being involved in the Southern civil rights movement and the movement against the war in Vietnam in the 1960s, both Staughton and Alice became lawyers. In the Youngstown, Ohio, area they helped workers to create a variety of rank-and-file organizations. After retirement, they became advocates for prisoners who were sentenced to death or confined under supermaximum security conditions. Through trips to Central America in the 1980s, Staughton and Alice became familiar with the concept of "accompaniment." To them, accompaniment means placing themselves at the side of the poor and oppressed, not as dispensers of charity or as guilty fugitives from the middle class, but as equals in a joint process to which each person brings an essential kind of expertise. Throughout, the Lynds, who became Quakers in the early 1960s, have been committed to nonviolence. Their story will encourage young people seeking lives of public service in the cause of creating a better world.