Stephen Poliakoff on Stage and Screen

indgår i serie Plays and Playwrights 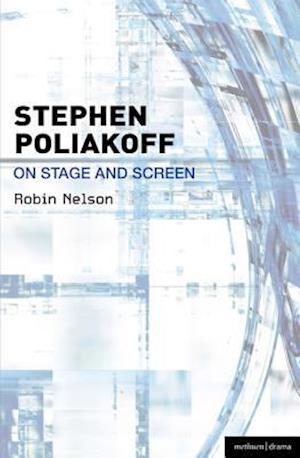 Over four decades, Stephen Poliakoff has proved himself to be a distinctive dramatist in the mediums of theatre, film and television. Moving from playwright to television and film director, he has been hailed as 'TV's foremost writer' (Independent) and as 'one of our most poetic and best TV dramatists' (Daily Telegraph). In the USA, his TV 'films' have received industry acclaim, The Lost Prince winning three Emmy Awards and Gideon's Daughter two Golden Globes. This book is the first to offer a comprehensive overview of Poliakoff's work for stage and screen and a framework for its critical evaluation. It will prove invaluable to students of theatre, film, and television studies. Robin Nelson locates Poliakoff's distinctive vision and fierce independence as a writer and director in both personal and public histories and against industry contexts. He charts Poliakoff's 'meteoric rise' as a playwright, and his 'second starburst' in television drama since Shooting the Past (1999) which re-affirmed his reputation as a dramatist of distinction.While the chronology of Poliakoff's impressive output is clearly laid out, works are discussed in thematic clusters ranging across mediums to afford a fresh perspective. The book covers 'issue dramas', 'quirky strong women' and 'histories/memories' as well as Poliakoff's early developing dramaturgy, and it examines in detail the later feature films and television dramas which have secured his reputation as our most distinctive television dramatist.

Forfattere
Bibliotekernes beskrivelse Professor Nelson's companion considers the stage and screen work of one of the great auteurs of our present age. Ranging across Poliakoff's work for the theatre, his early TV dramas and his high-profile work for the screen since 1998, this is an invaluable study of a unique theatre, film and TV talent. N/A