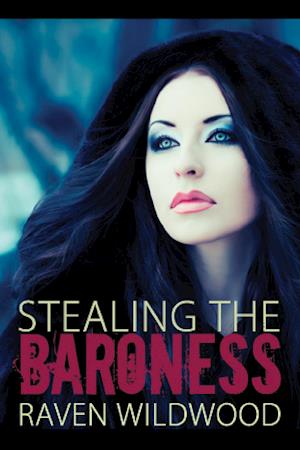 Beautiful Baroness Rhiannon Winston is facing an arranged marriage with Lord Bletchley, a horrible, boorish man, and so she runs away from her fate to the nearby beach, where she has found solace in the past. Unfortunately for her, pirates are moored there and they see the winsome girl. Led by the savage Tomas, they capture her and take her to their nearby ship, the Night Hawk, planning to hold her for ransom – and to take advantage of her lovely body. Rhiannon is saved from such a fate by the intervention of the ship’s handsome and dashing captain, Dane Milliner. He decides to keep her for himself, angering the hungry Tomas. He accuses Dane of going soft on the girl, thus supporting the bourgeois Baroness and all that her nobility embodies, going against the ruffians’ code. Upon arrival at the pirates’ home island, Fitzwarren Isle, Rhiannon is tormented by the inhabitants, mocked and humiliated; the worst comes from the cruel wench Prissi, who torments her not only physically but sexually. Meanwhile, Dane is greeted by his former lover, Mairead, whom he spurns. She suspects his feelings for Rhiannon brought him to leave her. Her anger knows no bounds. The Captain is confronted by his peers regarding his protection of the exquisite Baroness and supporting the rich and those who kill pirates. In order to prove his innocence, he is forced to agree and watch the ravishment of Rhiannon by the other pirates – a fate suggested by the jealous Mairead. Dane is horrified, but can do nothing, less he prove his love for his captive, and doom them both to a ghastly fate. Frustrated by the proximity of and lust for the Baroness, Tomas kidnaps her and takes her from the island to satisfy his own nefarious hunger. Will Dane be able to rescue her in time to save her from the evil pirate’s insatiable craving?