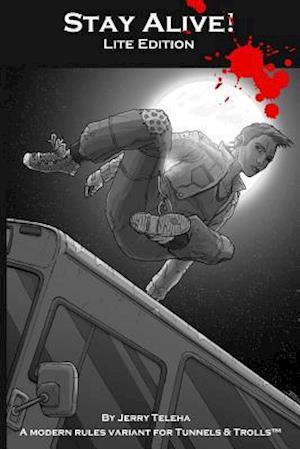 'Stay Alive ' (SA ) is a modern rules variant that is intended for use with the Tunnels & Trolls role-playing game. This is not a standalone game. While intended and designed for version 7.5 of the T&T rules, any edition will work as the basics are all fairly similar. The system will work well if you are planning on running a game in a multitude of modern campaign genres. Future volumes from Darkshade Publishing will be released to offer specific campaign information along with GM or Solo adventures. This is the rules only edition. Includes: Character Sheet, Modern Weapons Charts, Rules for Automatic Weapons, New Range Charts, Modifiers for Missile Combat, and much more.