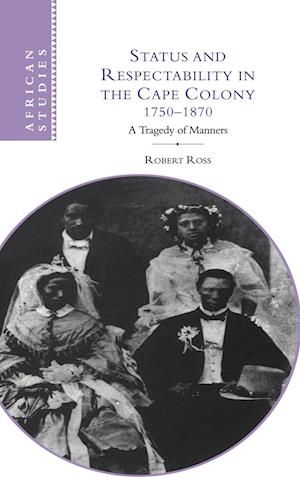 In a compelling example of the cultural history of South Africa, Robert Ross offers a subtle and wide-ranging study of status and respectability in the colonial Cape between 1750 and 1850. His 1999 book describes the symbolism of dress, emblems, architecture, food, language, and polite conventions, paying particular attention to domestic relationships, gender, education and religion, and analyses the values and the modes of thinking current in different strata of the society. He argues that these cultural factors were related to high political developments in the Cape, and offers a rich account of the changes in social identity that accompanied the transition from Dutch to British overrule, and of the development of white racism and of ideologies of resistance to white domination. The result is a uniquely nuanced account of a colonial society.