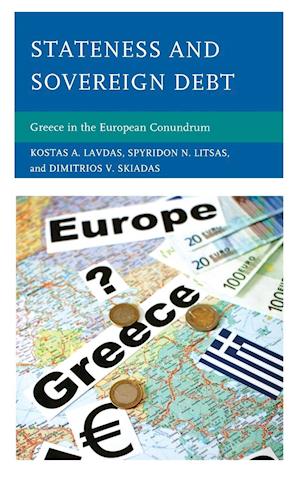 This book examines the present crisis of Greece's political economy as a crisis of stateness, tackling the domestic as well as the international dimensions. It represents the first attempt by Greek academics to put forward a theoretically-informed, interdisciplinary analysis of Greece's fiscal, economic, and political crisis. The approach aims to fill a major gap, combining insights from comparative politics, political economy, international relations theory, and legal-institutional analysis, in a theoretically informed account of the Greek case in comparative and theoretical perspective. The book tackles the issue of the possible next steps for the EU under the influence of the crisis of the eurozone, including a thorough analysis of national sovereignty seen from a domestic and an international point of view, focusing on critical processes in the international arena such as interdependency and dependency, while a legal-institutional chapter demonstrates the erratic way in which Greek government dealt with sovereign debt. The project comes at the right time in order to address a highly contentious chapter in the political development of the Greek state and of the European South. As the crisis in the eurozone's weaker periphery unfolds, Lavdas, Litsas, and Skiadas use the Greek crisis in order to address a much larger and critical issue: the role and predicament of stateness in the developing EU.