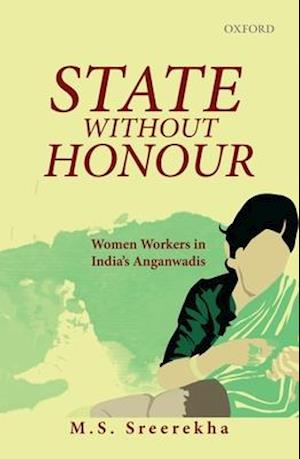 This book explores the political economy of women's work in India and its relationship to the Indian state. The author argues that the withdrawal of state support under globalization, coinciding with the demand for expansion of state welfare schemes, is progressively weakening the social-service sector in the country. More and more women, particularly from the lower social strata, are employed in new social-welfare schemes where the form of work is defined asvoluntary social service. Through a case study of honorary women workers in anganwadis of the Integrated Child Development Services (ICDS) scheme, this book sheds light on the contemporary understanding of the status of women within these welfare policies. State Without Honour discusses the history and politics of women's work and the use of women's less-paid labour in state-sponsored social welfare schemes in India. It contributes a deeper understanding around the process of the expansion of scheme-based social welfare projects in contemporary India as a symbol of further marginalization and exploitation of its women workers. It explains how the entry of more women workers into state social welfare projects also coincides with andcontributes to further intrusion of private capital into the local economy with the direct support of state-sponsored social welfare schemes. It helps to see the Indian state shape itself into the role of a non-state actor through its own performance or lack of it.

Forfattere
Bibliotekernes beskrivelse This book is an attempt to rethink the meaning of work in order to contribute towards a better understanding of women's work and its devaluation. The book specifically focuses on the role of the state towards the same and uses the example of the concept of the honorary women workers in India's ICDS to elaborate on the same. List of Tables, 7