State Repression and the Labors of Memory

- State Repression and the Labors of Memory

indgår i serie Contradictions of Modernity 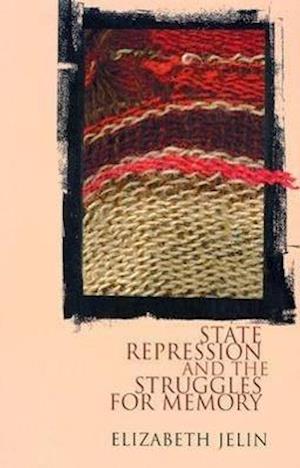 Hearing the news from South America at the turn of the millennium can be like traveling in time: here are the trials of Pinochet, the searches for "the disappeared" in Argentina, the investigation of the death of former president Goulart in Brazil, the Peace Commission in Uruguay, the Archive of Terror in Paraguay, a Truth Commission in Peru. As societies struggle to come to terms with the past and with the vexing questions posed by ineradicable memories, this wise book offers guidance. Combining a concrete sense of present urgency and a theoretical understanding of social, political, and historical realities, State Repression and the Labors of Memory fashions tools for thinking about and analyzing the presences, silences, and meanings of the past. With unflappable good judgment and fairness, Elizabeth Jelin clarifies the often muddled debates about the nature of memory, the politics of struggles over memories of historical injustice, the relation of historiography to memory, the issue of truth in testimony and traumatic remembrance, the role of women in Latin American attempts to cope with the legacies of military dictatorships, and problems of second-generation memory and its transmission and appropriation. Jelin's work engages European and North American theory in its exploration of the various ways in which conflicts over memory shape individual and collective identities, as well as social and political cleavages. In doing so, her book exposes the enduring consequences of repression for social processes in Latin America, and at the same time enriches our general understanding of the fundamentally conflicted and contingent nature of memory. A timely exploration of the nature ofmemory and its political uses.