- A Theoretical and Political History 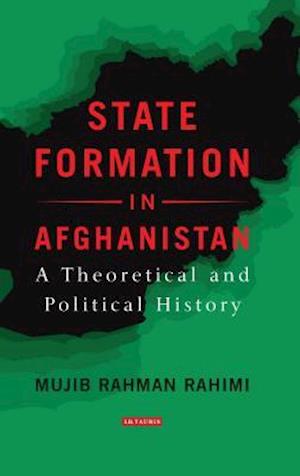 The creation of Afghanistan in 1880, following the Second Anglo-Afghan War, gave an empowering voice to the Pashtun people, the largest ethnic group in a diverse country. In order to distil the narrative of the state's formation and early years, a Pashtun-centric version of history dominated Afghan history and the political process from 1880 to the 1970s. Alternative discourses made no appearance in the fledgling state which lacked the scholarly institutions and any sense of recognition for history, thus providing no alternatives to the narratives produced by the British, whose quasi-colonial influence in the region was supreme. Since 1970, the ongoing crises in Afghanistan have opened the space for non-Pashtuns, including Tajiks, Hazaras, and Uzbeks, to form new definitions of identity, challenge the official discourse and call for the re-writing of the long-established narrative. At the same time, the Pashtun camp, through their privileged position in the political settlements of 2001, have attempted to confront the desire for change in historical perceptions by re-emphasising the Pashtun domination of Afghan history.This crisis of hegemony has led to a deep antagonism between the Pashtun and non-Pashtun perspectives of Afghan history and threatens the stability of political process in the country.