State and Civil Society in Pakistan

- Politics of Authority, Ideology and Ethnicity 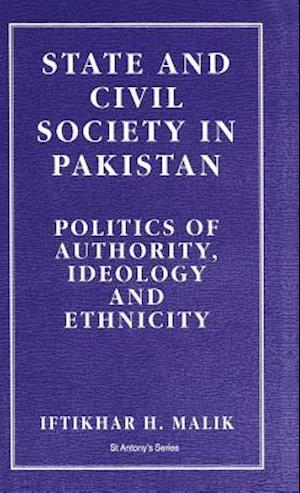 Problems of governance in Pakistan are rooted in a persistently unclear and antagonistic relationship among the forces of authority, ideology and ethnicity. Based on theoretical and empirical research this book focuses on significant themes such as the oligarchic state structure dominated by the military and bureaucracy, civil society, Islam and the formation of Muslim identity in British India, constitutional traditions and their subversion by coercive policies, politics of gender, ethnicity, and Muslim nationalism versus regional nationalisms as espoused by Sindhi nationalists and the Karachi-based Muhajir Qaumi Movement (MQM).