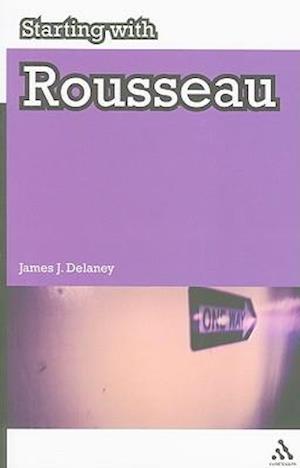 This is a new introduction to Rousseau, guiding the student through the key concepts of his work by examining the overall development of his ideas. Jean Jacques Rousseau is one of the most important and influential thinkers of the Enlightenment period and, indeed, of the whole history of philosophy. His political theory heavily influenced the French Revolution, development of socialist theory and the growth of nationalism. Clearly and thematically structured, covering all Rousseau's key works, "Starting with Rousseau" leads the reader through a thorough overview of the development of Rousseau's thought, resulting in a more thorough understanding of the roots of his philosophical concerns. Offering coverage of the full range of Rousseau's ideas, the book firmly sets his work in the context of the Enlightenment and explores his contributions to social theory, theories of human nature, philosophy of education, political philosophy and autobiography. Crucially the book introduces the major thinkers and events that proved influential in the development of Rousseau's thought. This is the ideal introduction for anyone coming to the work of this hugely important thinker for the first time.Continuum's Starting with...series offers clear, concise and accessible introductions to the key thinkers in philosophy. The books explore and illuminate the roots of each philosopher's work and ideas, leading readers to a thorough understanding of the key influences and philosophical foundations from which his or her thought developed. Ideal for first-year students starting out in philosophy, the series will serve as the ideal companion to study of this fascinating subject.