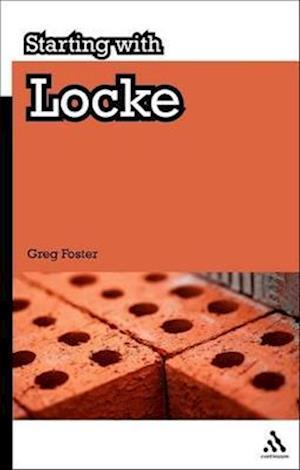 This title introduces students to the life, work and ideas of one of the most important thinkers of the Modern period. John Locke is widely regarded as one of the foundational thinkers of modern western society. His contributions to a huge range of philosophical debates are as important and influential now as they were in the seventeenth century. Covering all the key concepts of his work, "Starting with Locke" provides an accessible introduction to the ideas of this hugely significant thinker. Clearly structured according to Locke's central ideas, this book leads the reader through a thorough overview of the development of his thought. Offering comprehensive coverage of the historical events and philosophical issues at play during this period, this book explores his understanding of faith and his contributions to political philosophy in his theories of natural law, natural rights and the right to rebellion. Crucially this book introduces the major historical and philosophical events that proved influential in the development of Locke's thought, including the violent social conflicts of late seventeenth-century England to which his political theory was primarily responding."Continuum's Starting with...series" offers clear, concise and accessible introductions to the key thinkers in philosophy. These books explore and illuminate the roots of each philosopher's work and ideas, leading readers to a thorough understanding of the key influences and philosophical foundations from which his or her thought developed. Ideal for first-year students starting out in philosophy, these series will serve as the ideal companion to study of this fascinating subject.