- The Truth Behind the Legend of Yuri Gagarin 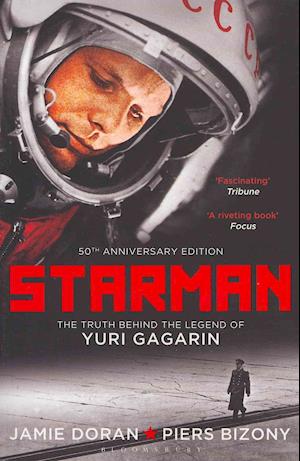 On April 12 1961, Yuri Gagarin became the first human to leave the Earth's atmosphere and venture into space. An icon of the 20th century, he also became a danger to himself and a threat to the Soviet state. At the age of 34, he was killed in a plane crash. Based on KGB files, restricted documents from Russian space authorities, and interviews with his friends and colleagues, this biography of the Russian cosmonaut reveals a man in turmoil: torn apart by powerful political pressures, fighting a losing battle against alcoholism and rebelling against the cruelties of a corrupt totalitarian regime. 2011 marks the fiftieth anniversary of Gagarin's flight. This new edition of Starman includes a new afterword that celebrates the importance of that momentous expedition and reflects on Gagarin's legacy.

Forfattere
Bibliotekernes beskrivelse The definitive biography of Yuri Gagarin, re-published with new material to coincide with the fiftieth anniversary of his momentous flight into space.