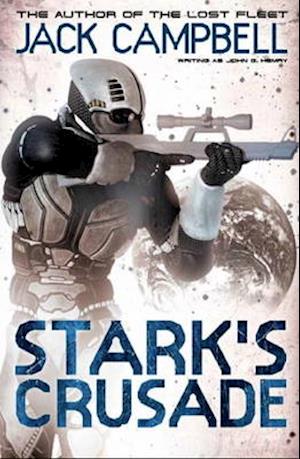 When the American Lunar colony was threatened, he served his country in battle. But when high ranking officers betrayed him and his soldiers, he had only one choice--rebellion. Now Sergeant Ethan Stark is in charge of a rebel organization he never intended to create, and the United States has just joined forces with its former enemy to insure his destruction. Stark has no intention of compromising his honor, even in the face of impossible odds. He and his soldiers have no desire to fight American forces, but they are willing to pay any price to defend the rights of the colonists they were sent to protect. Now Stark and his soldiers must fend off deadly aggression from their own country without igniting a full scale civil war.

Forfattere
Bibliotekernes beskrivelse He was sent into space to protect the US Lunar Colony. Instead, when faced with orders that would do nothing but get his soldiers killed, Sergeant Ethan Stark lead a rebellion. Now he and his soldiers must fend off deadly aggression from their own country without igniting a full-scale civil war.