- Shadow of the Xel'naga: Blizzard Legends 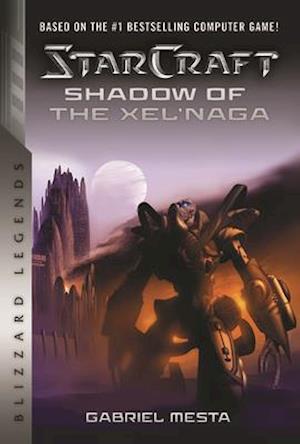 Far in the future, 60,000 light-years from Earth, a loose confederacy of Terran exiles are locked in battle with the enigmatic Protoss and the ruthless Zerg Swarm. Each species struggles to ensure its own survival among the stars in a war that will herald the beginning of mankind's greatest chapter -- or foretell its violent, bloody end. Bhekar Ro: a bleak, backwater world on the fringe of the Terran Dominion, where every day is a struggle to survive for its handful of human colonists. It is a veritable wasteland -- one speck of dust among many in the vast, dark sea of space. But when the most violent storm in recent memory unearths an unfathomable alien artifact, Bhekar Ro becomes the greatest prize in the Terran Sector -- the Holy Grail of the Zerg, the Protoss, and Humanity alike -- as forces from the three great powers converge to claim the lost secrets of the most powerful species the universe has ever known. An original tale of space warfare novels set in the world of the bestselling computer game