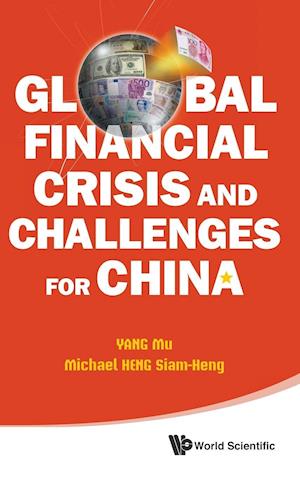 The book analyzes the nature of Chinese economy which enables it to go through the financial tsunami pretty unscathed. It discusses the stimulus package designed by the Chinese government to keep the economy on course, as well as its results - both positive and negative aspects in the middle and long term.The 2008-09 financial crisis makes it very clear that we need a two-pronged approach to deal with the situation, namely governments need a) to take quick and decisive actions to stem any further deterioration in financial systems; b) to revamp their economies by refitting existing engines in the real economy. China, as the third largest economy in the world, and with its robust domestic consumption and a healthy financial system, is one of the most important drivers to pull the world out of recession.According to the Chinese leadership, China's main contribution is to keep its own economy running smoothly. In response to the crisis, the Beijing government has poured money into the following sectors: public housing, earthquake reconstruction, physical infrastructure, social security, education and healthcare. So far, the results have helped China to maintain the targeted high growth. Given the open nature of its economy, its high growth has also benefited other countries, thereby contributing to the global economy.The current crisis strengthens a trend that has emerged since the Asian financial crisis of 1997. And that is the enhanced economic integration of China with its East Asian neighbours and Southeast Asia. This augurs well for East Asian regionalism which may include the birth of Asian Monetary Fund.The global environment in the wake of the crisis poses new challenges to China, for example, in the form of shrinking size of its traditional export market in the USA and Europe. China needs to modify its strategy from previous export-oriented and investment-driven strategy into one with more emphasis on consumption. There is a lot of scope for China to embark on productive consumption such as cleaning up the environment, physical infrastructure, social security, education and healthcare. If done well, they will lay a firm basis for long-term economic development. It represents an occasion for China to embark on a nation-wide effort to upgrade its economy in the key sectors. At the same time, attention needs to be paid to improving economic-legal institutional framework to support China's role as a major global player.

Forfattere
Bibliotekernes beskrivelse Provides an overview on the global financial crisis and a detailed study of its impact on China. This work covers topics such as China's response to tackling the crisis and its impact on her once mighty manufacturing industry. It is suitable for students and academics interested in China's economy and the global financial crisis.