Standing in the Shadows 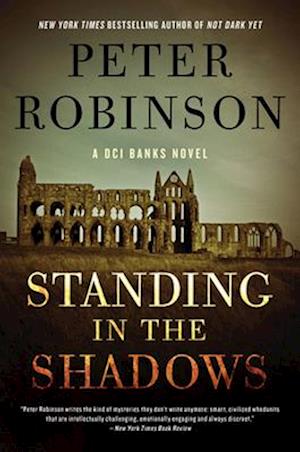 The 28th twisting installment in the DCI Alan Banks mystery series that Stephen King calls "the best now on the market."

In November 1980, Nick Hartley returns home from a university lecture to find his house crawling with police. His ex-girlfriend, Alice Poole, has been found murdered, and her new boyfriend Mark Woodcroft is missing. Nick is the prime suspect. The case quickly goes cold, but Nick cannot let it go. He embarks on a career in investigative journalism, determined to find Alice's murderer--but his obsession leads him down a dangerous path.

Decades later, in November 2019, an archaeologist unearths a skeleton that turns out to be far more contemporary than the Roman remains she is seeking. Detective Superintendent Alan Banks and his team are called in to investigate, but there is little to be gleaned from the remains themselves. Left with few clues, Banks and his team must rely on their wits to hunt down a killer.

As the two cases unfurl, the investigations twist and turn to an explosive conclusion.