- A Stroll Through Bohemian Istanbul 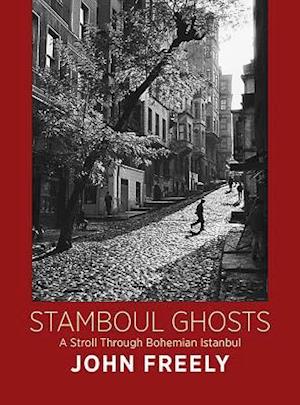 The Irish-American physicist, academic and traveller John Freely wrote more than sixty lively books on travel, history and science before he died in 2017, aged 90. But It was Istanbul, where he emigrated with his family in 1960 to take up a post teaching physics at the American Robert College, that turned him into a writer. His first book, 'Strolling Through Istanbul' - written with his fellow academic Hilary Sumner-Boyd - was an instant success when it was published in 1972 and has never been out of print since.With the exception of Oguz, so thin that he was known as The Ghost because he barely cast a shadow, everyone in John Freely's rumbustious memoir, including the author himself, is larger than life. Bohemian Istanbul was a haven for myriad misfits who found their feet in the city. Clamorous, glamorous, eccentric, cosmopolitan and frequently outrageous, they included the 'berserker' Peter Pfeiffer, a resourceful exile with three passports; Aliye Berger, the beautiful queen of bohemian Pera; the writer James Baldwin and, fleetingly, the future Pope John XXIII.This elegy for a lost world encapsulates the flavour of their daily life and nightly excesses. Well lubricated with lemon vodka and Hill Cocktails served by Sumner-Boyd's gloomy housekeeper, 'Monik Depressive', the Freely crowd weave their way from the Galatasaray fish market and the taverns of Cicek Pasaji to the Russian restaurant Rejans, and frequently on to the Freely household on the Bosphorus hills, where a party will soon be in full swing and eggnog flowing freely. 'Stamboul Ghosts' is lllustrated with Ara Guler's poignant black-and-white photographs, which make of Freely's beloved city an evocative stage-set.