- And the Crisis in Socialism 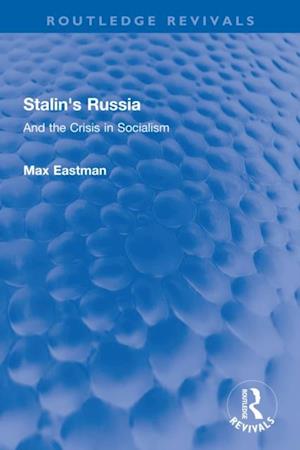 First published in 1940, Stalin's Russia is a close study of the development of the Stalinist regime and the flaws in socialist doctrine that made it possible. The book examines the contrasts between the 'free and equal' society heralded by the Marxist-Leninist programme and the totalitarian state that emerged in its place. It makes use of a wealth of material to cast light on the inner workings of Stalin's regime. It explores the significance of the Stalin-Hitler pact, and argues that the word 'socialism' itself became a liability to any genuine movement of liberation as a result.