- The Varga Institute and the Making of Soviet Foreign Policy 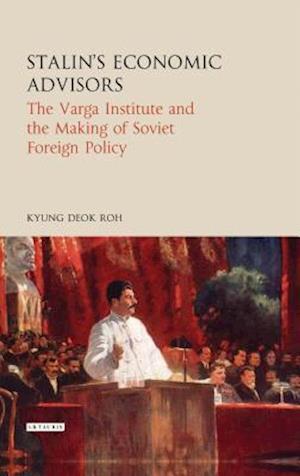 Soviet foreign policy in the Stalin era is commonly assumed to have been a direct product of either Marxist ideology or the leader's whims. Both assumptions, however, oversimplify the complex and subtle factors involved in its creation and implementation. Kyung-Deok Roh provides an alternative, more nuanced, explanation and demonstrates the key role played by Stalin's economic advisors. The so-called 'Varga Institute' , a 'think tank' led by Evgenii Varga, developed a unique scholarly discourse on the capitalist economy and international politics, based on an amalgam of Marxist economics and, notably, the work of American economist W. E. Mitchell. The institute's scholarship, which suggested the resilience, adaptability and stability of the capitalist economy, created the discursive space within which decisions were made, and influenced Stalin to move increasingly from aggressive strategies towards more cautious international policies. Roh's account, the first comprehensive study of this pivotal group, demonstrates the many complex ways that Soviet foreign policy was created and sheds new light onto the controversial relationship between Soviet academia and the party.Based on extensive archival research into previously untouched material, Stalin's Economic Advisors is essential reading for all researchers seeking to add nuance to their conception of Stalinist foreign policy, economic thought and politics.

Forfattere
Bibliotekernes beskrivelse The first comprehensive study of the Varga Institute from its inception to its collapse, which sheds new light onto the complex formation of Soviet foreign policy. 10 integrated black and white illustrations