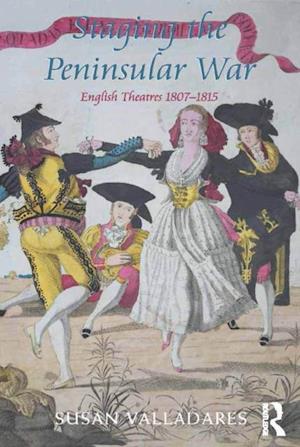 From Napoleon's invasion of Portugal in 1807 to his final defeat at Waterloo, the English theatres played a crucial role in the mediation of the Peninsular campaign. In the first in-depth study of English theatre during the Peninsular War, Susan Valladares contextualizes the theatrical treatment of the war within the larger political and ideological axes of Romantic performance. Exploring the role of spectacle in the mediation of war and the links between theatrical productions and print culture, she argues that the popularity of theatre-going and the improvisation and topicality unique to dramatic performance make the theatre an ideal lens for studying the construction of the Peninsular War in the public domain. Without simplifying the complex issues involved in the study of citizenship, communal identities, and ideological investments, Valladares recovers a wartime theatre that helped celebrate military engagements, reform political sympathies, and register the public's complex relationship with Britain's military campaign in the Iberian Peninsula. From its nuanced reading of Richard Brinsley Sheridan's Pizarro (1799), to its accounts of wartime productions of Shakespeare, description of performances at the minor theatres, and detailed case study of dramatic culture in Bristol, Valladares's book reveals how theatrical entertainments reflected and helped shape public feeling on the Peninsular campaign.