- The Making of Modern Popular Culture in Argentina and Uruguay 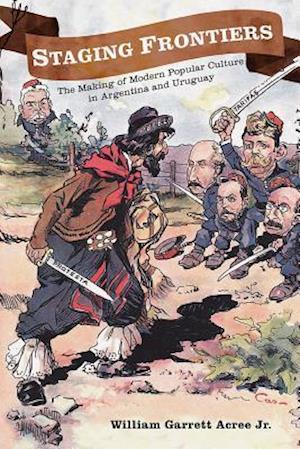 Swashbuckling tales of valiant gauchos roaming Argentina and Uruguay were nineteenth-century Latin American bestsellers. But when the stories jumped from the page to the circus stage and beyond, their cultural, economic, and political influence revolutionized popular culture and daily life.

In this expansive and engaging narrative William Acree guides readers through the deep history of popular entertainment before turning to circus culture and rural dramas that celebrated the countryside on stage. More than just riveting social experiences, these dramas were among the region's most dominant attractions on the eve of the twentieth century. Staging Frontiers further explores the profound impacts this phenomenon had on the ways people interacted and on the broader culture that influenced the region. This new, modern popular culture revolved around entertainment and related products, yet it was also central to making sense of social class, ethnic identity, and race as demographic and economic transformations were reshaping everyday experiences in this rapidly urbanizing region.