- A Transnational History of French Theater in Eighteenth-Century Europe 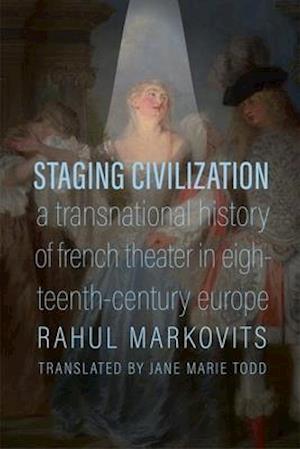 Eighteenth-century France is understood to have been the dominant cultural power on that era's international scene. Considering the emblematic case of the theater, Rahul Markovits goes beyond the idea of "French Europe" to offer a serious consideration of the intentions and goals of those involved in making this so. Drawing on extensive archival research, Staging Civilization reveals that between 1670 and 1815 at least twenty-seven European cities hosted resident theater troupes composed of French actors and singers who performed French-language repertory. By examining the presence of French companies of actors in a wide set of courts and cities throughout Europe, Markovits uncovers the complex mechanisms underpinning the dissemination of French culture. The book ultimately offers a revisionist account of the traditional Europe fran aise thesis, engaging topics such as transnational labor history, early-modern court culture and republicanism, soft power, and cultural imperialism.