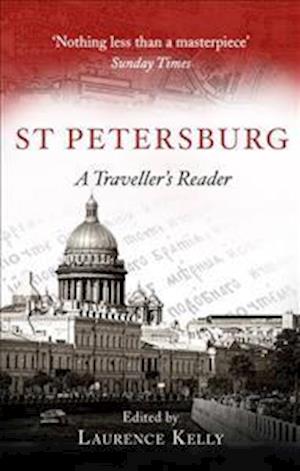 Featuring a vivid selection from biographies, novels, letters, poems, diaries and memoirs, this volume traces the story of St Petersburg from earliest times. Through these pieces, readers can observe the city's foundation by Peter the Great on the marshy shores of the Gulf of Finland; see how literature and the other arts flowered during the nineteenth century; and observe the often violent turning points of its later history.First-hand accounts tell of the 1825 Decembrists standing in the snow in Senate Square, refusing to accept Nicholas I as Tsar, being shot down where they stood; of the imprisonment of Dostoevsky and the duel that killed Pushkin; of the last moments of the mad Emperor Paul; and of the storming of the Winter Palace by the crowd in 1917. Many more historic scenes are witnessed by such diverse characters as Tolstoy, Catherine the Great and a voluble maid-servant of Irish descent. Designed for on-the-spot use by visitors to the city, and as a highly readable anthology for the armchair traveller, this Traveller's Reader includes maps, engravings and notes on history, art, architecture and city life.