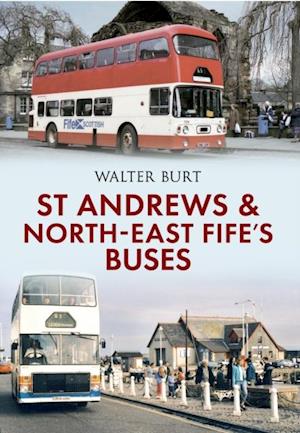 Stretching from Lundin Links on the north shore of the Firth of Forth around the coast to the southern shore of the Firth of Tay, North-East Fife is a largely rural area. Buses started running here in the early 1920s, operators setting up services from Anstruther in the East Neuk, Kirkcaldy and Cupar. Although the bus network continued to grow, passenger numbers were only really boosted by the end of railway services in the area during the Beeching Cuts. From the Royal and Ancient Burgh of St Andrews through towns like Cupar and Leuchars to the fishing communities of the East Neuk like Crail and Anstruther, Walter Burt uses a wide selection of period and colour images to tell the story of St Andrews and North-East Fife's Buses from the First World War military surplus equipment of the early 1920s to the modern vehicles used by Stagecoach Fife and Moffat & Williamson today.