indgår i serie A History of Terror 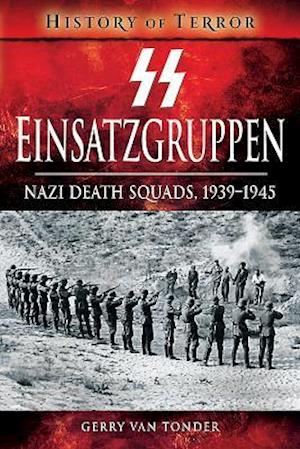 In June 1941, Adolf Hitler, whose loathing of Slavs and Jewish Bolsheviks knew no bounds, launched Operation Barbarossa, throwing 4 million troops, supported by tanks, artillery and aircraft into the Soviet Union. Operational groups of the German Security Service, SD, followed into the Baltic and the Black Sea areas. Their orders: neutralize elements hostile to Nazi domination. Combined SS and SD headquarters were set up in Riga (northern), Mogilev (middle) and Kiev (southern), each with subordinate units of the SD, the Einsatzgruppen, and lower echelons of Einsatzkommandos.Communist and Soviet NKVD (People's Commissariat for Internal Affairs) agents were targeted, and from August 1941 to March 1943, 4,000 Soviet and communist agents were arrested and executed. In addition, far greater numbers of partisans and communists were shot to ensure political and ethnic purity in the occupied territories. Einsatzgruppe A, under Adolf Eichmann, executed 29,000 people-listed as 'Jews' or 'mostly Jews'-in Latvia and Lithuania in the early stages of the operation. In the Einsatzgruppe C report for September 1941, there is a comment, '50,000 executions foreseen in Kiev'. In five months in 1941, Einsatzkommando III commander, Karl Jager, reported killing 138,272 (48,252 men, 55,556 women and 34,464 children).The Einsatzgruppen were death squads-their tools the rifle, the pistol and the machine gun. It is estimated that the Einsatzgruppen executed more than 2 million people between 1941 and 1945, including 1.3 million Jews.