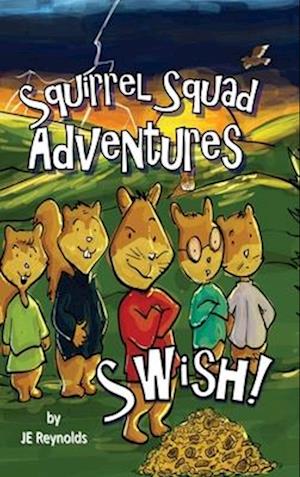 Squirrel Squad Adventures: Swish! is book one of the Squirrel Squad Adventures Series. Swish! is the story of the leader of the Squirrel Squad. He's the fastest, bravest squirrel in Chestnut County, Georgia and delivers more nuts than any other squirrel for miles around. He's a little guy with heart who has big responsibilities and he's also got an ego to match! He doesn't listen to his father's instructions, often stretches the truth, and he doesn't follow rules. But Swish is about to learn a hard lesson when he and his Squad come face to face with the mighty hawk, Raptor! What will happen to Swish, Penny, Edward, Bossy and Hickory? Find out what happens in this fast-paced, heart-thumping adventure that will have kids on the edge of their seats, all while learning about important life lessons.