Spying on the Reich

- The Cold War Against Hitler 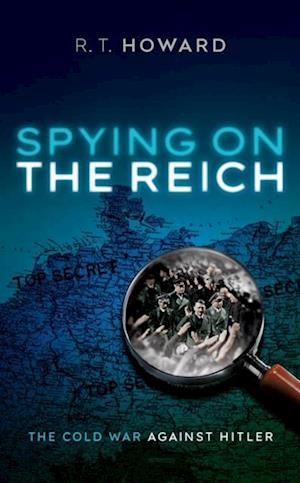 Exactly a century ago, intelligence agencies across Europe first became aware of a fanatical German nationalist whose political party was rapidly gathering momentum. His name was Adolf Hitler. From 1933, these spy services watched with growing alarm as they tried to determine what sort of threat Hitler's regime would now pose to the rest of Europe. Would Germany rearm, either covertly or in open defiance of the outside world? Would Hitler turn his attention eastwards - or did he also pose a threat to the west? What were the feelings and attitudes of ordinary Germans, towards their own regime as well as the outside world?Despite intense rivalry and mistrust between them, these spy chiefs began to liaise and close ranks against Nazi Germany. At the heart of this loose, informal network were the British and French intelligence services, alongside the Poles and Czechs. Some other countries - Holland, Belgium, and the United States - stood at the periphery. Drawing on a wide range of previously unpublished British, French, German, Danish, and Czech archival sources, Spying on the Reich tells the story of Germany and its rearmament in the 1920s and 1930s; its relations with foreign governments and their intelligence services; and the relations and rivalries between Western governments, seen through the prism of the cooperation, or lack of it, between their spy agencies. Along the way, it addresses some of the most intriguing questions thatstill perplex historians of the period, such as how and why Britain defended Poland in September 1939, and what alternative policies could have been pursued?