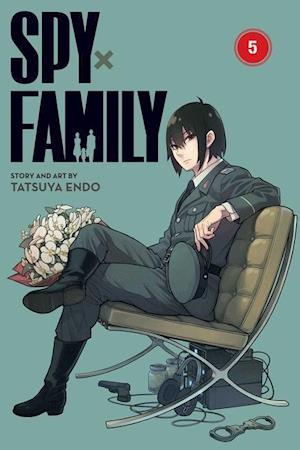 An action-packed comedy about a fake family that includes a spy, an assassin and a telepath!Master spy Twilight is unparalleled when it comes to going undercover on dangerous missions for the betterment of the world. But when he receives the ultimate assignment-to get married and have a kid-he may finally be in over his head!Anya Forger has been trying her best to befriend Damian Desmond, the son of the powerful Ostanian political leader Donovan Desmond, but her attempts have been constantly rebuffed. Despite the setbacks, Anya is determined to gain access to the Desmonds' inner circle and even devises a new plan-acing her midterm exams to earn stella stars! Can the academically challenged Anya pull off this feat for the sake of world peace?

Forfatter
Bibliotekernes beskrivelse An action-packed comedy about a fake family that includes a spy, an assassin and a telepath!