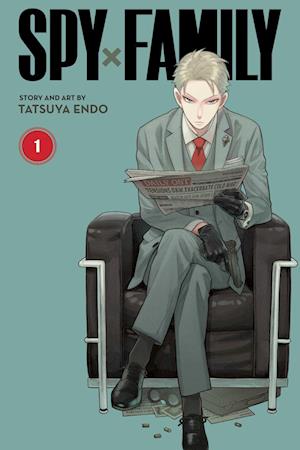 "Spy x Family, Vol. 1" by Tatsuya Endo is an intensely funny and action-filled manga series about a secret agent whose new important mission forces him to put together a fake family to call his own.

The masterful spy codenamed "Twilight" is experienced in going undercover for long periods of time and is known for picking missions that will make the world a better place. When Twilight is assigned to Operation Strix, he realizes that he must infiltrate a prestigious private school in order to access his target. And to do that he must pose as a regular family man with a wife and a child!

Soon the fiercely independent spy has to learn how to work together with his new wife and daughter, who turn out to have secrets of their own. Suddenly Twilight finds himself married to a deadly assassin and the father to a mind-reading child. Luckily, his new family might prove to be a help rather than a hindrance to his mission.

"Spy x Family, Vol.1" by Tatsuya Endo is the first volume of Endo's popular manga about this entertaining found family and their many adventures. This volume contains Mission 1-5.