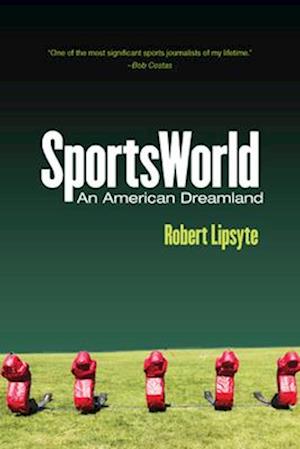 Tough and witty, SportsWorld is a well-known commentator's overview of the most significant form of mass culture in America--sports. It's a sweaty Oz that has grown in a century from a crucible for character to a complex of capitalism, a place where young people can find both self-fulfillment and cruel exploitation, where families can huddle in a sanctuary of entertainment and be force fed values and where cities and countries can be pillaged by greedy team owners and their paid-for politicians. But this book is not just a screed, it's a guided visit with such heroes of sports as Muhammad Ali, Billie Jean King, Kareem Abdul-Jabbar, and Joe Namath, who the author knew well, and with some he met in passing, like Richard Nixon, who seemed never to have gotten over missing the cut in college varsity football, a major mark of manhood. We see how SportsWorld sensibilities help elect our politicians, judge our children, fight our wars, and oppress our minorities. And now featuring a new introduction by the author, SportsWorld is a book that will provide the foundation for understanding today's world of sports and the time of Trump.

In the America of 2017--where the SuperBowl is worth billions, athletes are penalized or forced out of sports for political and anti-racist activism, and Title IX is constantly questioned and undermined--Robert Lipsyte's 1975 critique remains startlingly and intensely relevant.