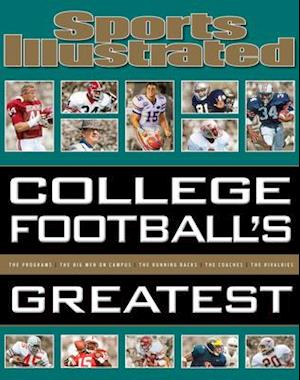 This book will end many arguments-- and start some new ones.

For instance, which is the greatest program of all time, Alabama or Notre Dame? What about Ohio State? Where do Tim Tebow and Peyton Manning rank among the best college quarterbacks? Which was the better team, the 1995 Cornhuskers or the 2001 Hurricanes? Where would you find the better game-day experience -- in Ann Arbor or Baton Rouge? Every facet of the game is debated and evaluated, from running back to coach and everything in between.

Throughout this deluxe edition, essays and articles from the Sports Illustrated Archives are paired with the iconic photography that SI is known for and the talented team of editors and writers weigh in with their expert opinions as well as some of their personal favorites. College Football's Greatest is the book that no football fan can be without.