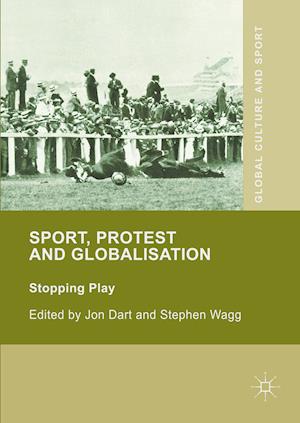 This volume is built around three assumptions - first, that for huge numbers people around the world, including many sport lovers, there are more important things in life than sport; second, that the governance of sport is in many ways problematic and needs to be confronted; and, third, that contrary to the still-popular belief that sport and politics don't mix, sport often provides an ideal theatre for the enacting of political protest. The book contains studies of a range of protests, stretching back to the death of suffragist Emily Davison at the Derby of 1913 and encompassing subsequent protests against the exclusion of women from the sporting arena; the Berlin Olympics of 1936; Western imperialism; the Mexico Olympics, 1968; the state racism of apartheid in South Africa; the effect of the global golf industry on ecosystems; Israeli government policy; resistance to the various attempts to bring the Olympic Games to Canadian and American cities; the cutting of welfare benefits for disabled British citizens; class privilege in the UK; Russian anti-gay laws; and high public spending on sport mega-events in Brazil. The collection will be of interest to scholars and students with an interest in Sports Studies, History, Politics, Geography, Cultural Studies and Sociology.