Sport, Militarism and the Great War

indgår i serie Sport in the Global Society - Historical Perspectives 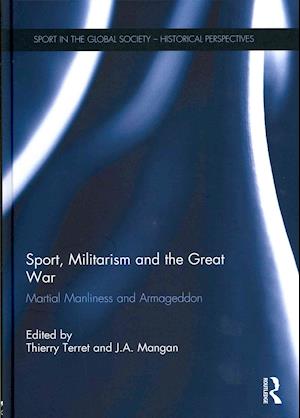 The Great War has been largely ignored by historians of sport. However sport was an integral part of cultural conditioning into both physiological and psychological military efficiency in the decades leading up to it. It is time to acknowledge that the Great War also had an influence on sport in post-war European culture. Both are neglected topics.Sport, Militarism and the Great War deals with four significant aspects of the relationship between sport and war before, during and immediately after the 1914-1918 conflict. First, it explores the creation and consolidation of the cult of martial heroism and chivalric self-sacrifice in the pre-war era. Second, it examines the consequences of the mingling of soldiers from various nations on later sport. Third, it considers the role of the Great War in the transformation of the leisure of the masses. Finally, it examines the links between war, sport and male socialisation. The Great War contributed to a redefinition of European masculinity in the post-war period. The part sport played in this redefinition receives attention.Sport, Militarism and the Great War is in two parts: the Continental (Part I) and the "Anglo-Saxon" (Part II). No study has adopted this bilateral approach to date. Thus, in conception and execution, it is original.With its originality of content and the approaching centenary of the advent of the Great War in 2014, it is anticipated that the book will capture a wide audience.This book was originally published as a special issue of The International Journal of the History of Sport.